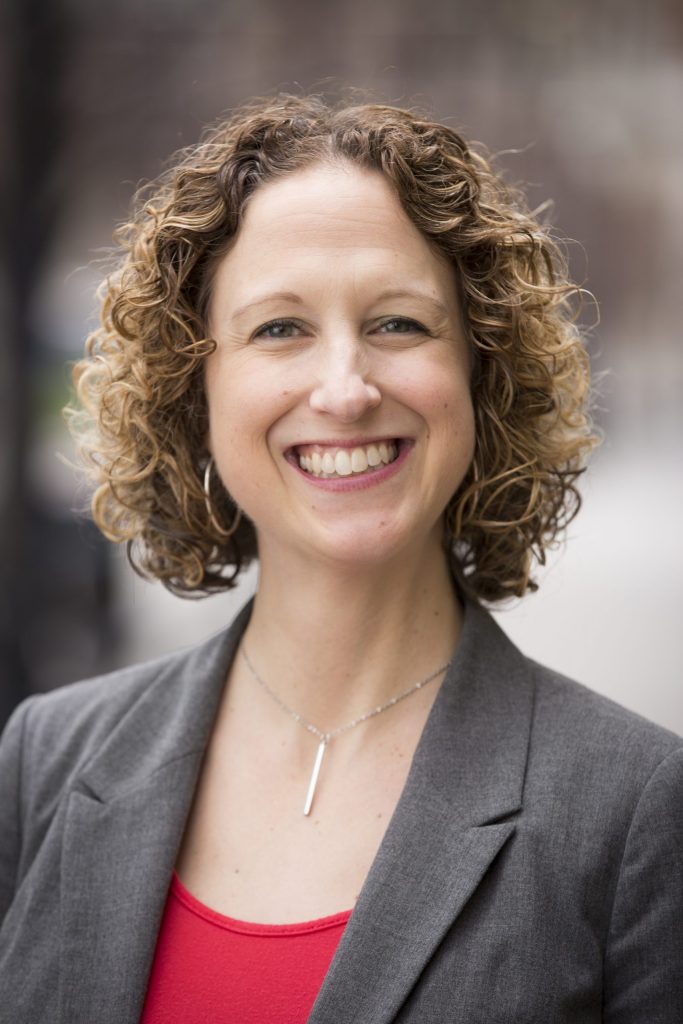 Kristen is a trial attorney and litigator who represents and defends an array of people and organizations in the resolution of various disputes. She has successfully tried cases and settled disputes for clients in state and federal courts throughout Michigan. Some of her clients include municipalities, small business owners, corporations, health care providers, landlords, attorneys and professionals. She counsels and defends her clients in matters involving the defense of claims of professional malpractice, professional liability, contract disputes, employment matters, general liability and no-fault law, among other areas. Additionally, Kristen is well-versed in the specialized area of e-discovery and has drafted and reviewed multiple policies for her clients.

Kristen has achieved successful results for her clients in high damage cases including dismissals and favorable settlements in areas such as first and third party no-fault litigation, premises liability, products liability, commercial litigation disputes, employment matters, general negligence, and insurance coverage actions. She has participated in multiple jury trials, bench trials, mediations, and hundreds of depositions. Prior to joining Smith Haughey, Kristen was a public defender for the Committee for Public Counsel Services in New Bedford, Massachusetts.

Kristen serves on Smith Haughey’s board of directors and is chair of the firm’s Women’s Business Initiative Committee. As a female shareholder of the firm, Kristen puts great emphasis on providing a positive example for young women entering the field of law.

Municipal litigation:
In one instance, Kristen successfully argued that the township board did not violate the Open Meetings Act and, therefore, the board’s decisions could stand. In another, Kristen was successful in convincing the judge that the township was immune from liability.

Municipal litigation:
Kristen also successfully represented a township client in convincing a local Circuit Court to remove a national outdoor advertiser's recently erected electronic billboard. The new billboard was on the site of a pre-existing static billboard and, hence, a protected pre-existing non-conforming use. However, at trial, Kristen successfully argued that the substantial "modernization" of the billboard exempted the billboard from the typical pre-existing non-conforming use protections and successfully deflected the advertiser's claims that its First Amendment rights were violated by the township's regulation. The court agreed with Kristen's argument that the company had violated the township's zoning ordinance and that the billboard had to be turned off and removed.

Criminal defense:
Kristen negotiated a short probation for a client who had been charged with numerous counts of felonious prescription fraud. The client was able to continue working and carrying for her family, while addressing her addiction outside the confines of jail.

Criminal defense:
Kristen was successful in convincing a local prosecutor to dismiss an involuntary manslaughter charge against her client the day before trial was set to begin. Using the same data as the police, Kristen, a math major, worked with her defense expert to calculate the client's speed at the point of impact and in doing so, was able to prove that her client was not speeding prior to the crash. The data persuaded the prosecutor to dismiss the case based on the fact that the prosecution could not prove gross negligence to convict Kristen's client.

General liability defense:
In a products liability case, Kristen was successful in winning a motion for summary judgment in the U.S. District Court of the Eastern District of Michigan. The court agreed that the client was a distributor and not a manufacturer and, as a result, was not liable for the plaintiff’s injuries. As well, the court agreed the plaintiff’s use of the product was unforeseeable such that plaintiff’s claims were barred. The out-of-state distributor was indeed very pleased with the result.

General liability defense:
Kristen helped to negotiate a settlement in defense of a copyright infringement case after presentation of information to the plaintiff that her copyright was not original. A nominal settlement amount was agreed upon which saved the client a large amount in anticipated trial fees and expenses. The client could not have been happier.

General liability defense:
In two instances, Kristen successfully defended plaintiff's motion for possession pending judgement. In one instance, her clients were allowed to retain possession of their beloved canine prior to a full resolution of the case; in the other, the client was able to continue to use equipment necessary to maintain its golf course.

Selected as an "Up and Coming Lawyer" by Michigan Lawyers Weekly, 2011

COVID-19 Vaccinations from an Employer’s Perspective

Smith Haughey Announces New Shareholders and Board of Directors