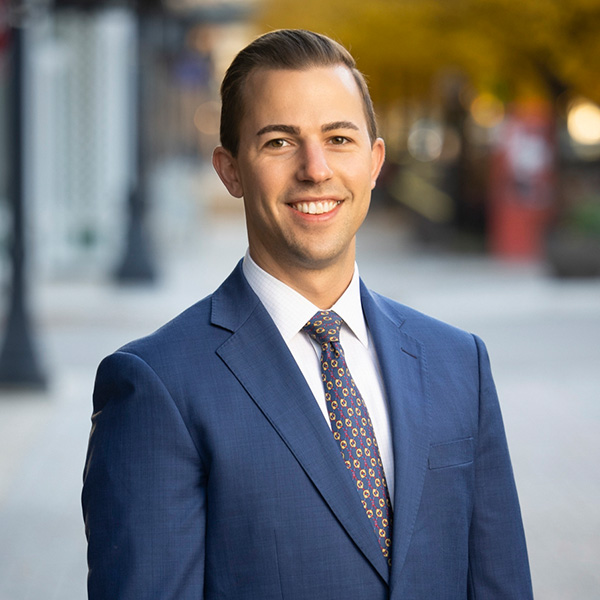 Brendan Karl is a strategic advocate and litigator who strives to understand his clients, communicate risk, and provide candid counsel to ensure successful representation.

Brendan grew up in southeast Michigan and attended Hillsdale College. He obtained his law degree with honors from Ave Maria School of Law in Florida, before commissioning as an officer in the United States Air Force Judge Advocate General’s (JAG) Corps. After fulfilling his military service commitment, he entered private practice.

Brendan has held legal positions in state and federal government, including as a trial court law clerk and federal prosecutor. His government service culminated in his military deployment, during which he provided full-spectrum legal support to the commander of an information warfare task force. Brendan leverages insights gained through his government service to enhance his civil practice.

Brendan, his wife, and three children all value spending time with family and friends, whether playing hockey, riding dirt bikes, or being on a lake. They enjoy contributing to the community they call home.

U.S. District Court for the Southern District of Florida, 2022

The Federalist Society for Law and Public Policy Studies, Member